NIS has talented students!! Baipang (grade 8) competed in Horse Dressage Competition earlier this month and won a lot of trophies:

Baipang has been training in dressage and show jumping for the past three years. In dressage, the rider must control and command the horse to perform a wide range of movements while the rider shows a minimal amount of movements. Baipang explained, “You must disguise your movements so it still appears small and graceful to the audience.” Baipang must focus on many different factors: the surrounding environment, her movements, breathing, rhythm of galloping and trotting, and sounds. She said, “To be able to control the horse, I must mentally stay focused and calm, or the horse will go crazy and throw me off.”

Baipang trains with her coach who is a member of the Thailand National Team and also won a silver medal and the Asian Games in dressage. Dressage is extremely difficult and requires a lot of power and strength, both physically and mentally. Baipang has two horses who respond differently to different commands, so this requires extra time and dedication on Baipang’s part. When preparing for competitions, Baipang trains for 5 hours per day, 7 days per week.

Aside from being a champion at dressage, Baipang is an accomplished diver. At only 13 years old, Baipang already has 5 different diving certifications including a rescue diver certification and open water certification.

Baipang’s goal is to be the fastest World Cup jumper and have a world record for having the highest score in the world for dressage.

This is the first competition for this year. She has 4 more races coming up. If she places well in all the 4 races, then she will be eligible to compete in the prestigious President’s Cup, Queen’s Cup, and King’s Cup in December. Good luck Baipang!! 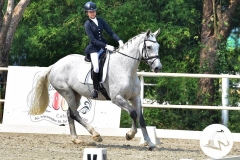 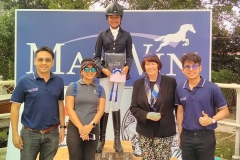 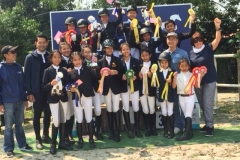 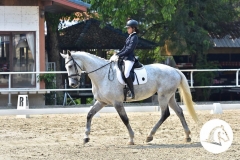 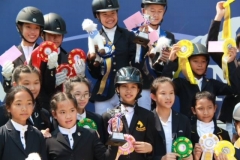 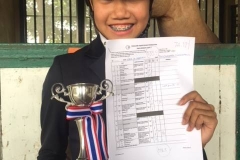