TM (grade 1) may be little but he made BIG achievements at the Northern Youth Rapid Chess Tournament that took place January-February 2018. TM came home with a 2nd Place trophy and a 4th Place trophy.

TM is only 6 years old and has already been playing chess for over a year. In this tournament, he competed in both the 7-year-old and 8-year-old age categories. When he was competing in the 7-year-old section, he was anxious and played quickly. Even through his nervousness, he was still able to win 4th place. TM had his sights on a bigger trophy though.

In the 8-year-old category competition, TM focused and won 9 games straight. TM and another boy tied for first place so they had to play a tie-breaker game. TM played against this boy who was 2 years older and already played in 20 competitions. This was TM’s first competition. Congratulations TM for achieving 2nd Place!!

Aside from playing chess, TM loves playing football, listening and dancing to music, and loves coming to school at NIS. NIS loves you too, TM!!! 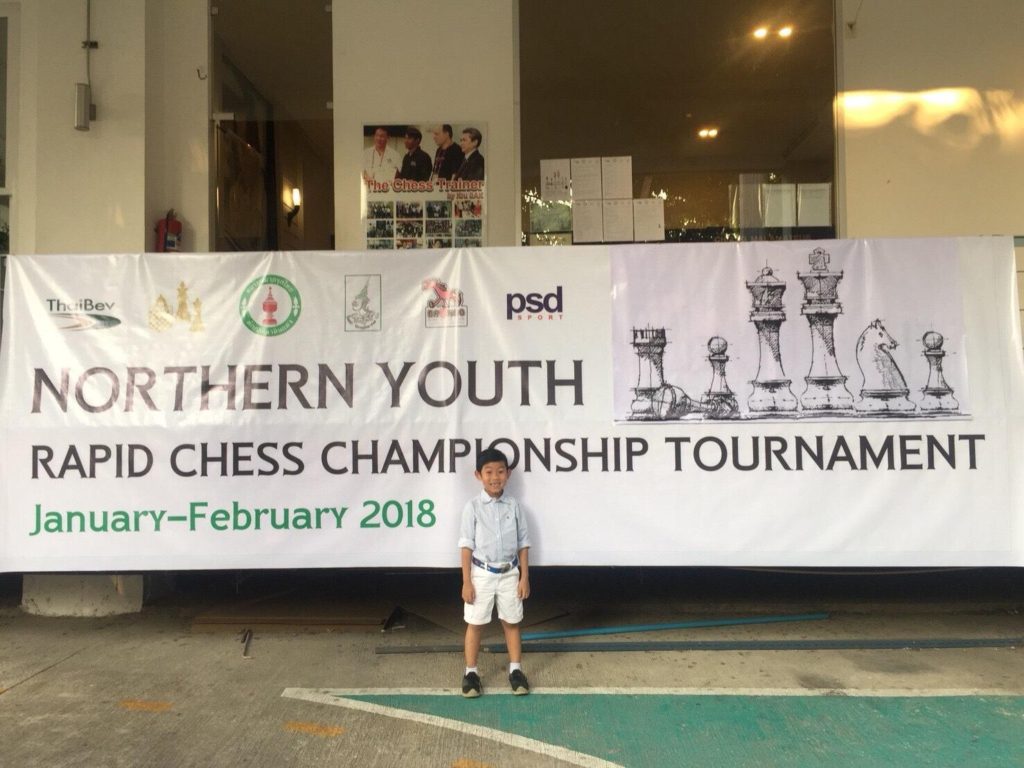