We know that she will continue to do great things on a global scale as she studies Neuroscience at Hamilton College. Below is an excerpt of Panida’s achievements and attributes at NIS:

Panida has been a student at NIS since Middle School. Throughout her time at NIS, she has made a name for herself as being an outstanding writer and student. She is also involved in the NIS community. She was a student council candidate, peer tutor for a variety of topics, and she volunteers at school-wide events. Furthermore, Panida is an NIS Student Ambassador for Peace and was the very first recipient for the NIS Peace Prize in Writing for her outstanding essay on the UN Sustainable Development Goals and how they coincide with her personal dreams for the future of the world. Her essay was presented at the Chiang Mai regional Earth Day Celebration. In the audience was a woman from the Climate Reality Project, an organization founded by Al Gore. She was so impressed by Panida’s essay that she sought out the NIS booth and arranged a special lecture at our school. 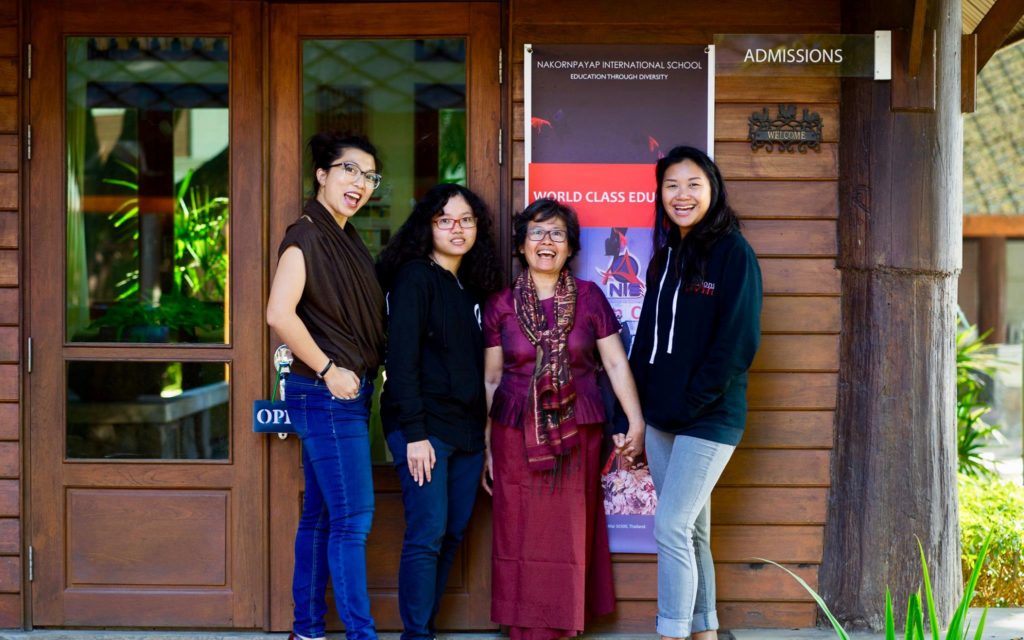